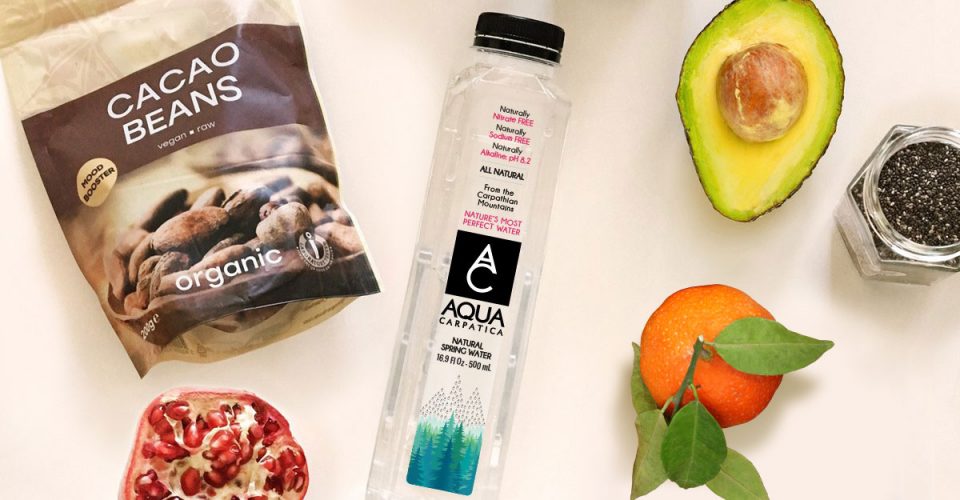 In order to mark American Diabetes Alert Day on March 27, we want to bring our contribution to the topic and educate about the risk that the beverages you drink can have on blood glucose and overall body weight. American Diabetes Association recommend water as the best choice when it comes to hydration.

The prevalence of diabetes in the United States has experts examining the dietary and drinking habits of people prone to developing diabetes. As a result, there’s a growing movement to educate the population on the consumption of water rather than sugar-sweetened beverages, especially for toddlers and pregnant women. Different healthy initiatives have been taken such as the one made by Public Health Advocates, a nonprofit advocacy organization, in order to change the existing legislation to prohibit licensed childcare centers from serving soda.

It’s important to persuade our children into drinking healthy beverages like natural mineral water. A project created by the US Department of Agriculture called the Pregnancy and Birth to 24 Months project (also known as P/ B-24 project) provides dietary guidance for children under age two and pregnant women.

Harold Goldstein, executive director of Public Health Advocates, which promotes health and aims to turn around diabetes epidemics in the United States, says that children who drink sugary beverages are at higher risk of being overweight. Moreover, overweight children are more likely to be overweight as teens and adults, which can lead to pre-diabetes and type 2 diabetes. As stated by the American Academy of Pediatrics sugary beverages consumption by infants could result in a loss of protein, fat, vitamin and mineral intake. Pregnant women who consume a lot of sweetened beverages are also at risk. Potential health consequences include gestational diabetes.

Did you know that obesity is the major type 2 diabetes risk? The American population with diabetes continues to climb both amongst adults and children. The number of children diagnosed with type 2 diabetes caused by obesity is climbing everywhere. Held on March 27, American Diabetes Association Alert Day is designated to sounds the alarm about the prevalence of type 2 diabetes by asking everyone to take a Diabetes Risk Test which is free.

A better attention given to sugary drinks and foods can help prevent diabetes. High blood glucose or blood sugar can be indicative of diabetes. Take action by monitoring regularly your glucose level. Blood glucose meters can help check also for the presence of ketones, benefic for people with type 1 diabetes.

According to several studies, fruits can reduce the risk for developing diabetes. The study published in PLOS Medicine, tracked the health and diet of 500,000 adults for seven years. The results found that those without diabetes at the start who ate fresh fruits were found to have a lower risk of developing diabetes than those who didn’t eat no fruits. The explanation is that the sugar found in fruits is not the same as the sugar in manufactured foods and is metabolized differently. Those who ate fruits frequently have lowered their risk of developing diabetes by 13 percent to 28 percent.

Even though food is the main focus when it comes to diabetes, you should keep in mind that the beverages you drink can have an effect on your blood glucose. The average person consumes 66 pounds of sugar per year. What you can do in order to avoid sugar is to replace sugary treats with fresh fruit. On top of that, cut down on sugary beverages by opting for natural water rich in natural electrolytes like Calcium and Magnesium.

There’s also a push for the federal government to update MyPlate food nutrition graphic, which is posted in childcare centers and schools nationwide. This graphic is widely used for nutrition education in school settings and early care education. Experts hope that a water icon will be added to this graphic, next to the current dairy symbol.

Now let’s break down two essential minerals. Calcium can keep your heart beating regularly and is known for being involved in multiple essential metabolic processes: blood coagulation or adjusting the permeability of cellular membranes. Doctors recommend a daily calcium intake between 800 and 1200 mg for adults, both from food (dairy products, soy, tofu, hazelnut, walnuts, broccoli, sardines, salmon) and from the natural waters. Magnesium, on the other hand, is known as an anti-stress mineral. It is essential for maintaining nervous equilibrium. What is more, Magnesium is also useful for kidney stones and preventing diabetes.

AQUA Carpatica Spring Water is a natural still water, untouched by humans, coming from a pure spring deep in the Carpathian Mountains, is Nitrate Free, Sodium Free, has natural electrolytes, a beautiful taste and very high pH: 8.24, which makes it the perfect choice for babies and pregnant women.